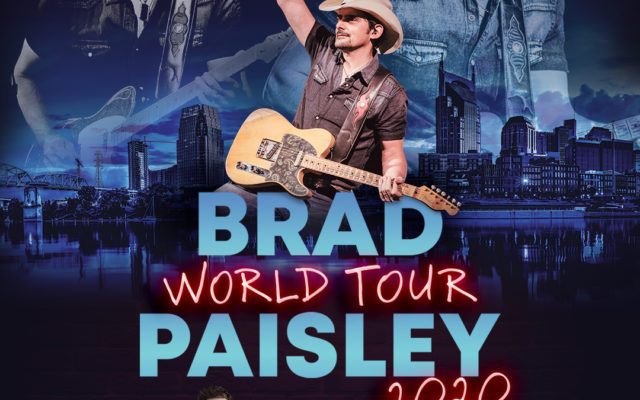 In support of his latest album, “Love and War,” Brad Paisley recently announced his plans for a summer 2020 world tour. The tour will begin May 14 in Concord, CA and run through late September. Special guests on the tour will include Jordan Davis and Gabby Barrett.

A portion of all ticket sales will go to “The Store.” In partnership with Belmont University, Brad Paisley and Kimberly Williams-Paisley started the nonprofit free-referral based grocery store. The store will strive to be a year-round free grocery store allowing people to shop with dignity for their basic needs. More information can be found by visiting thestore.org.