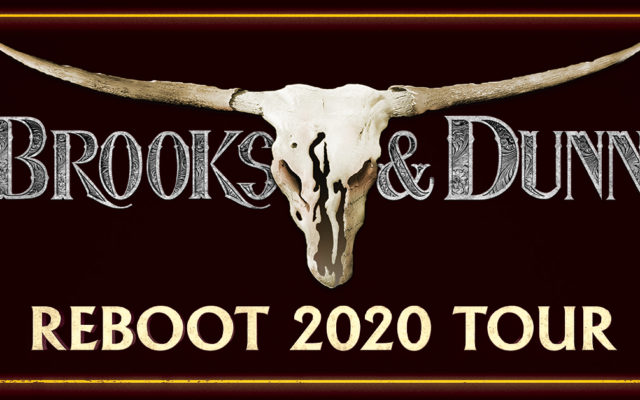 For the first time in a decade, Brooks & Dunn will headline a nationwide tour. The Reboot 2020 Tour will kick off mid May and last through mid September. The tour was named after the band’s 2019 album of the same name. Last April, the album debuted at number 1.

As of yet, there have not been any acts announced as openers. Instead, Brooks & Dunn is opting to have “special guests” on the tour.

In 2009, the band announced they would be parting ways after one final tour. Both artists ventured out on solo careers but in 2019, they released Reboot. The album included re-recorded and reimagined previously recorded songs featuring various country stars. Such stars included Kacey Musgraves, Kane Brown, Luke Combs, and Thomas Rhett.

“So much for ‘we quit,’ huh?” Ronnie Dunn said in a statement. “That horse that we were afraid of riding into the ground apparently didn’t share our sentiment…he gotta fire in his belly raring to go another round or two. I like the ring of it…’Brooks & Dunn ride again!’”

“The memories of playing live are what have kept the fire burning for us,” Kix Brooks added. “Performers who have had the kind of nights like we’ve had with our fans, can never really let that go. Live is where we’re most at home, and it’s gonna feel good to be back in the saddle.”