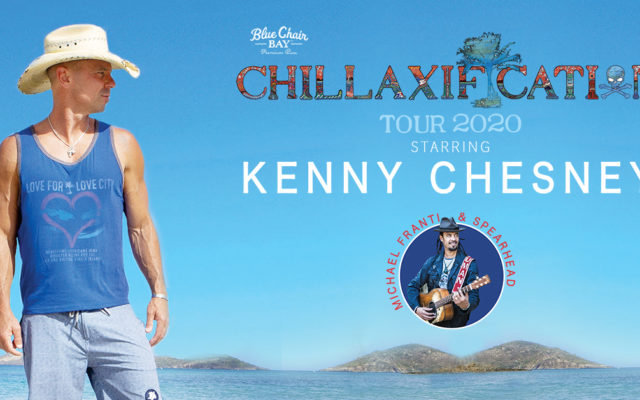 April 18, Kenny Chesney will start his Chillaxafication 2020 tour. He will play more than three dozen shows that will include both amphitheaters and stadiums. The tour will conclude August 29 in Foxborough, Massachusetts at Gillette Stadium. He will play locally June 18 at Jiffy Lube Live.

Chesney’s summer tours have built a following and always fair well. He is the only country artist to make it on Billboard’s Top 10 Touring Acts of the Last 25 Years. It was while touring the iconic No Shoes Nation was born, what Chesney affectionately calls his fans.

“These stadium shows are the most fun thing I do,” Chesney says in a press release. “It’s been a year, so when I get out there, I wanna make sure that No Shoes Nation is being rocked, having fun and getting all the music they can out of the day.”

Adds Chesney in another press release, “As crazy and awesome as the stadium shows are — and there’s nothing like them — there is a vibe to the amphitheater shows that only happens in those places. You look out at the lawn, you see everybody coming together, singing the songs — and it’s this community that feels so close.”jiffy