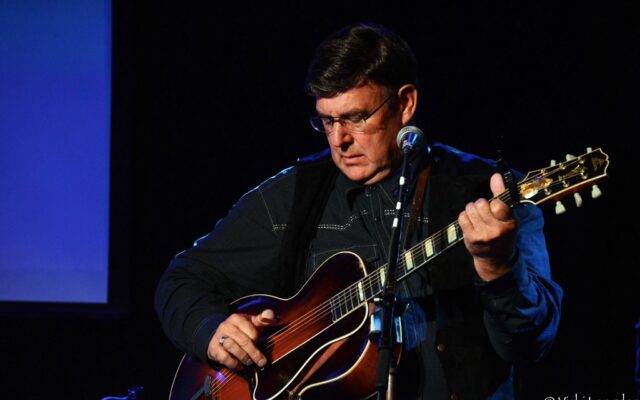 Ronnie Williams and the Carter Family Sound will headline a fundraiser concert for the Spotsylvania Woman’s Club at 2:30p.m. May 15 at the Marshall Center (Spotsylvania Courthouse) in Spotsylvania.
Special guests include Richard and Remona Morris, Carol Young, Randy Sheads, Julia Carter and Elizabeth Elmore.

Music, food and refreshments will be available at no charge, but an offering will be taken to benefit the many charitable projects of the Woman’s Club.

Besides providing money for scholarships, the Woman’s Club list of beneficiaries is endless, including area hospitals, veterans, and the police, fire and sheriff’s departments. Williams said, “The Woman’s Club, which has been going for over 50 years, does so much for others, and especially since COVID.”

Williams and his group have been performing in and around the Central Virginia region for more than 25 years. Though some of the group’s members have changed over time, Williams has been playing and singing Carter Family music since 1975. The group’s current lineup consists of Williams, Donald Hockaday, Anthony Oliver, Dennis Stanley and Keith Walters.

Williams became a close friend to country music legend Mother Maybelle Carter around 1969. Soon after, the friendship extended to the rest of the famous family: Mother Maybelle’s daughters, Helen, June and Anita; and Janette Carter (daughter of A.P. and Sara Carter) and her children, Rita and Dale.

Williams and the Carter Family Sound have done many benefit shows and have performed at many schools, churches and fairs around the area. They have also been featured performers on the television show “Song of the Mountains.” Williams plays the autoharp, guitar and accordion, honoring the “Carter Scratch” style of playing guitar and autoharp. It was Mother Maybelle who created the Carter Scratch style out of the necessity to play lead and rhythm parts at the same time. During Williams’ career, he has shared the stage at one time or another with all of the Carters as well as “adopted Carter” and June’s husband, Johnny Cash.

Williams frequently travels to Hiltons, Va. to play at the Carter Family Fold and sometimes does TV interviews and question-and-answer sessions with local college students, discussing Mother Maybelle and her famous picking style.

Williams and Lorrie Carter Bennett, granddaughter of Mother Maybelle Carter and daughter of Anita Carter, often collaborate for shows across the country. Besides The Fold, among the many venues the two have played are Nashville’s Station Inn, The Johnny Cash Museum, the historic Ashland Theater in Ashland, Va., the Nashville Palace and Third and Lindsley (Nashville). Radio shows include Nashville’s “Midnite Jamboree” broadcast on WSM, as well as “Studio One” originating from Johnson City, Tenn.’s WETS studio. The two have appeared several times on Bristol’s “Pickin’ Porch” show and in 2016 performed at “Concert at the Caves” in Pennsylvania.

Carter Bennett often says that Williams “picks as close like Grandma as anyone I know.” Janette Carter’s daughter, Rita Forrester, director of The Fold in Hiltons, agrees. Forrester said that Ronnie is “pure Carter Family who doesn’t only pick and sing our style, he can also cook and feed family and friends good Carter Family cookin’!”

A.P., Sara and Maybelle were the founding members of the Carter Family’s musical troupe, performing and recording music from 1927 through 1943. Mother Maybelle, Helen, June and Anita carried on the Carter Family tradition from 1943 until the end of their lives.