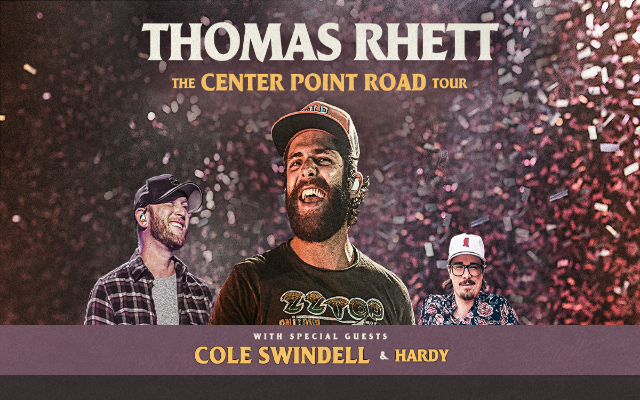 Coming off the release of his May 2019, fourth studio album, Center Point Road, Thomas Rhett has announced a 2020 summer tour of the same name. The tour will see him trek from coast to coast of the U.S.

The tour will start May 29 in Gilford, New Hampshire and will conclude locally August 29 at Jiffy Lube Live in Bristow, Virginia. The tour will include guests Cole Swindell and Hardy as support for much of the tour.

In an Instagram post, Rhett spoke about touring with both individuals saying: “Me and @thomasrhettakins talked about touring together years ago,” Swindell says on Instagram, adding, “I always hoped we could find a way to make it happen someday! It’s official now..can’t wait to throw down on the #CenterPointRoadTour with TR & @hardy.”

Rhett’s album Center Point Road is out now and includes the tracks, “Look What God Gave Her,” “Remember You Young,” and “Beer Can’t Fix.”