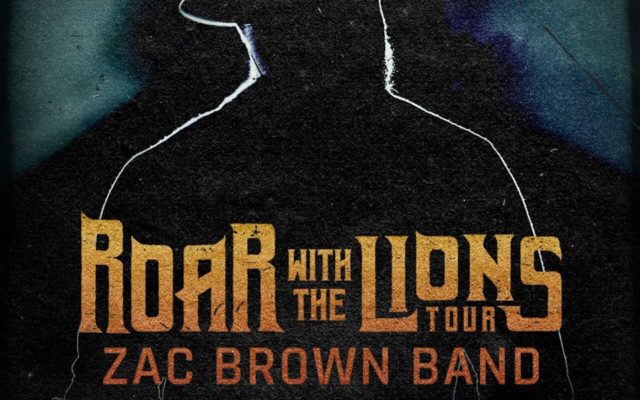 This event has been canceled. Refunds at Point of Purchase only. Internet & Phone orders will automatically be canceled & refunded.

In support of their latest album, “The Owl,” Zac Brown Band is hitting the road for their “Roar with the Lions Tour.” The band will appear locally at Jiffy Lube Live Saturday, June 27 at 7:00pm.

In a statement about the tour Brown said, “Our summer tour is inspired by the folklore surrounding the figure of the lion. I am a Leo, and all of the guys in the band are lions. They exemplify strength, courage, intelligence, and loyalty, and work in tandem to defend their territory and one another. The crowd is our pride—rooted in togetherness and fiercely loyal. They always show up for each other, no matter what, just like our fans always show up for us. We can’t wait to hear you roar with us!”

“The Owl” is the band’s seventh studio album which was released in September. The album features the singles “Leaving Love Behind” and “The Woods.”